We supply, install and future-proof EV charging solutions for your Tesla

Get the Right Tesla Charging Station

EVSE charging stations are fully certified to Australian standards and compatible with all Tesla models.

Future proof your electric vehicle driving life with a Tesla Wall Charger. Our smart home Tesla chargers are compatible with all electric cars—perfect for Tesla drivers who own or plan to own more than one make of EV. more….

What percentage should I charge the battery to?

You can adjust the charge percentage of the battery via the settings menu on your screen. Reports from Tesla owners show 80% charge is enough for regular daily use. It is recommended that if you are going on a long road trip, that you charge above this limit. For battery longevity Tesla recommends charging until 80%.

Should I wait for the battery to fully deplete before charging?

lithium ion batteries are used across the vehicles so there is no memory effect. Essentially there’s no need to empty the battery before initiating your charge. When using a Tesla Charger, We recommend keeping your cars charge above 30% at all times. That is why EVSE installs our chargers for residential, commercial and destination purposes. So, you can top up your car, before the battery depletes.

Tesla charging speeds are dependent on the power supply, AC or DC charging supply and the car. Our electrician can determine the available power at your home / workplace and determine the right solution for you. DC is not recommended for home.

* external factors such as state of charge, temperature and load management can effect speed)

Charger installation Cost varies depending on the circumstances. This includes information about your switchboard, the location of your charging destination, and the distance between your power source and where you would like your wall charger. For residential purposes, you can send in these details and a quote can be sent in on the same day. For Tesla Destination and Commercial purposes, an electrician will need to conduct a site inspection. Home Tesla Charger installation

Our Tesla chargers are compatible with all EV in Australia.

Our Tesla charger installation is high quality, guaranteed and designed to last.

Our preferred electricians conducts on-site evaluation. Know exactly how much your charger will cost to install before you move ahead.

Schedule your Tesla charging times when the cost is lower, utilise clean energy and commercial systems that balance load. Save time and money.

Track your energy use with real-time data. Use this to claim any tax benefits for work related activities.

Reduce your charging times by installing a Level 2 wall charging station. Better yet upgrade to our smart solar systems to take advantage of green energy.

It’s simple we offer a fixed price installation service with a quality guarantee. We make owing an electric Tesla easy. 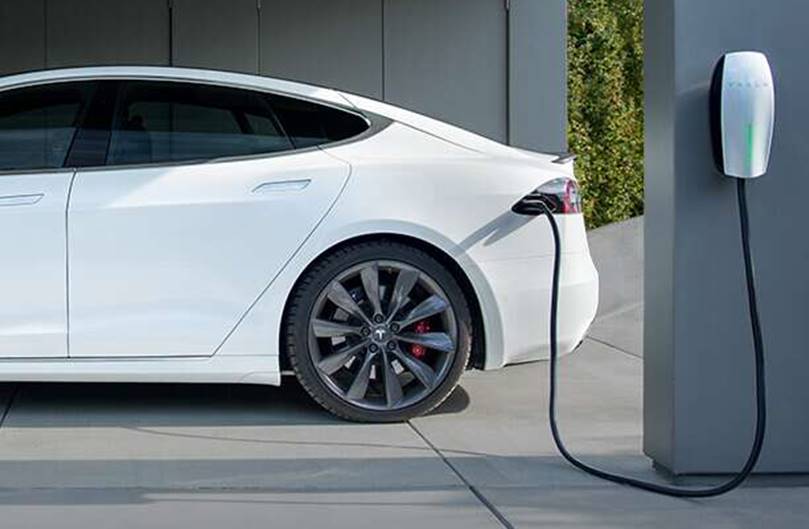 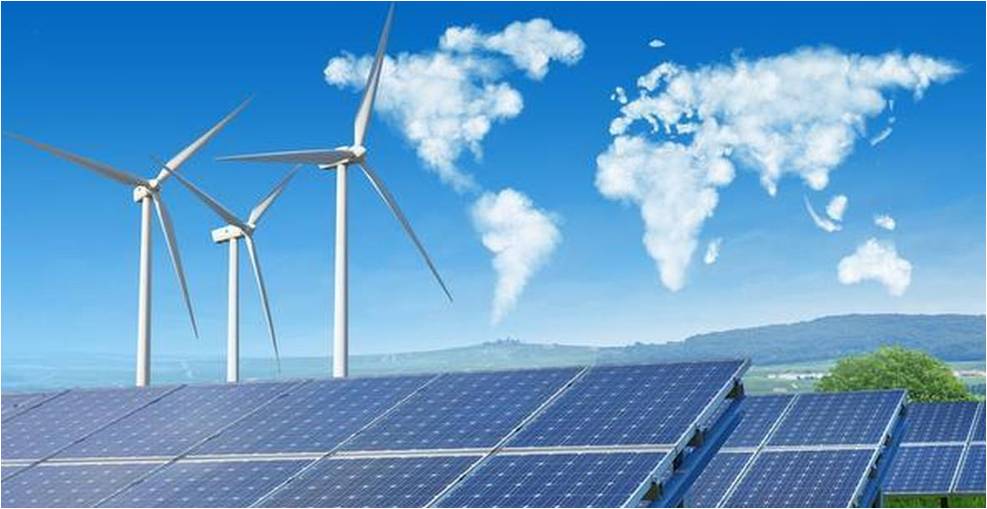 Why Tesla Is Still the Market Leader in Electric Vehicle technology

In 2008 Tesla launched the roadster and with it a new generation of transport. What was born out of the fantasy of Elon Musk is now a company that is valued more than GM and FORD combined. We look at the top 10 reasons why Tesla continues to be the market leader in Electric Vehicle technology Learn more.

Want to learn more about our products?

1. They worth 141 Billion or more than FORD and GM combined.

Sounds crazy but is it?
Ford in 2019 sold 5.4 million vehicles
GM in 2019 sold 7.7 million vehicles
Tesla in 2019 367,000
Doesn’t make sense to most people. But remember Nokia and Apple. Nokia made dumb phones and Apple made the iPhone. A minicomputer in your hands. Apple was the world’s #1 smartphone maker overnight. Nokia could not respond to the new market and collapsed. Familiar story. It should be for GM and Ford. They make ICE vehicles while Tesla is the world’s undisputed no. 1 electric vehicle manufacturer.
Last year Ford and GM paid Tesla for green regulatory credits. In fact Tesla in one quarter of 2019 made $354 Million USD from companies such as GM and FORD. That’s a billion dollar business just because the market cannot respond fast enough to regulation.

2. They’ve got the best batteries
It’s simple Tesla’s drive faster and for longer than any other EV. In fact the Model S 2012 will still outperform every other OEM EV available in 2020. Furthermore a Tesla has a better charging speed making a Tesla Charging Station an important feature for getting most from the batteries.
The engineers at Tesla take more risks and push the boundary further with their battery technology. The EV is minimalist for a reason. It needs to be. One LED screen does the job of the entire dashboard saving weight and adding a futuristic element to the car.
Many OEM’s counter that the ranges they provide are enough fort daily usage and they would be correct. But why then does Tesla have a market share of over 60%. Because Tesla let’s them have the freedom with higher density and better performing batteries.
Tesla’s everyday car the Model 3 carries compared to the Gen 2 Nissan Leaf has roughly 24 percent increased energy density. This gives the Model 3 another 150km of range. This increased density means improved range due to reduced weight and increased efficiency.

With increased densities and higher-capacity batteries Tesla requires advanced battery management systems to cope with the immense heat. Without this system a Tesla battery would not last the 8 year warranty provided.

4. Technology
Why just buy an electric car when you can buy the future. Tesla has invested in features such as Autopilot which as the name suggests provides a glimpse into the automated future. Furthermore the centre console is a massive screen, removing the useless buttons made famous by the traditional luxury OEMs.

5. Cost of manufacturing it’s batteries is getting cheaper
Tesla’s Roadrunner program is its key to producing cheaper battery cells. Elon Musk has described the $100 per kWh to achieve price parity with ICE vehicles. When combined with mass robotic production it’s considered the goldmine to Tesla’s stock price and future profitability. Denser, cheaper and more powerful batteries at lower costs. This may explain why it’s stock has such a high multiple. People believe in this company.

6. It constantly tears up its assembly line.
Most companies build a product line and hope to never change it. Doing so would lead to increased costs and reduced profitability. But this leads to stagnation and a lack of product developments as the industry quickly innovate ahead. Tesla’s production line is continually evolving to maximise output and improve efficiencies. Why fix something that isn’t broken you ask? To make it even better.

Most OEM’s have up to 10 to 12 designers who might work on each new model at a typical big car company. Smaller hardworking teams are Tesla’s philosophy. They get more for less and these teams can then collaborate easily across their entire production line up.

8. Tesla is a technology company that updates constantly
Those 17inch touchscreens are more than just a sexy accessory and display but part of the reason why Tesla is so far ahead of it’s rivals. The competitors sell cars that have a short livespan while they are selling smart cars of the future. A Tesla is connected to their ecosystem which is a little too propriety for my likening but it works. Through software upgrades tesla can add features and functions to their entire lineup. This keeps the cars new & fresh and adds to the tremendous resale value of a Tesla. Selling an ecosystem with direct interaction with their entire customer base. Tesla can upload software overnight which can improve the performance and longevity of their cars.

9. No Dealership No Problem
Imagine a traditional automotive dealership which has built up customers and brands over many years. They purchase the vehicle wholesale from the manufacturer. Great for OEM’s as their job is done. They make their money and move onto the next sale. Servicing is conducted by the dealership partners who buys parents from the parent OEM. The relationship with the customer is lost. Tesla does not outsource their dealership network with a complete in-house sales and marketing process. By doing this they essentially control the entire brand experience and importantly increase their margins in sales. No middle men to pay. However the lack of physical dealerships concerns this writer. For all of Elon’s good deeds there is sometimes a lack of a human element in the sales of the vehicle.

10. Tesla builds great cars and not just boring vanilla EV’s
I said it. Tesla builds real cars that meet the needs of the everyday consumer. The world needs and electric truck so we will get the Cybertruck. I want a fully electric family SUV and so we have the Model X. This is the key to their success. They build real cars for the mass market and they build them better than anybody.

With a market value of over 150 billion and a massive lead in technology we can continue to anticipate blue skies both figuratively and environmentally for the Tesla brand. 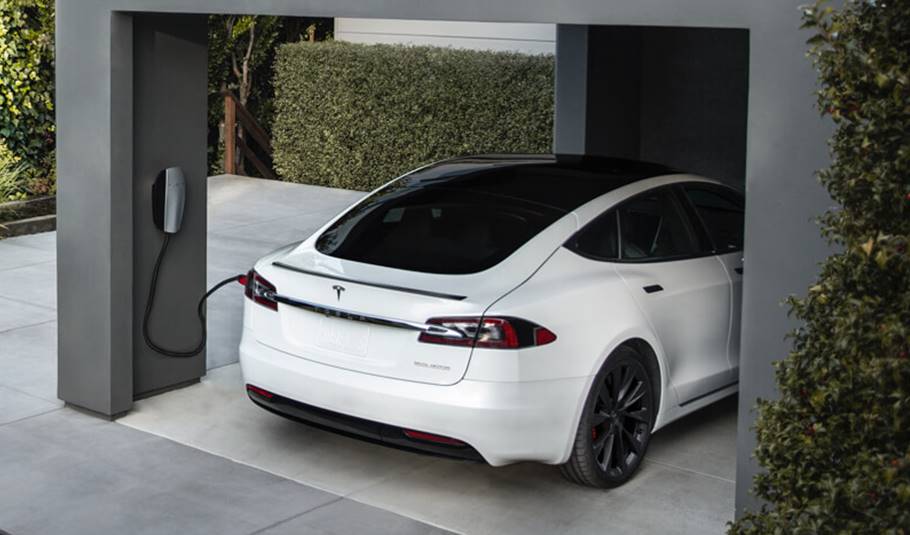 Very impressed with my new workplace charger the EO Genius. We required a charging station that was able to record our electricity consumption and manager the electricity load on the building to get approval from the body corp. Importantly we were also able to use the charger publically to attract people to our business as it was universal to all EV’s. It has performed flawlessly. We have expanded now to our 5th Tesla without requiring any electricity upgrades!

Our range of high quality bespoke charging system to suit your home, commercial & fleet requirements. Choose from our standard stations or combine with our intelligent EO Cloud software and built-in fleet management.

Your electrification journey starts by chatting with one of our experts, we’re here to help.