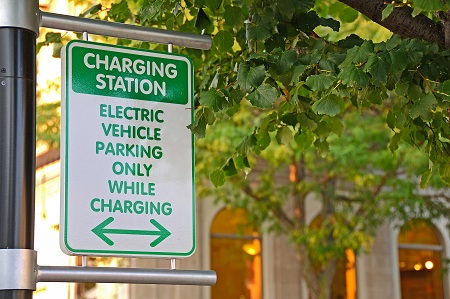 OPEC which stands for the Organization of the Petroleum Exporting Countries is predicting that 94% of cars on the road will still be powered by oil in 2040.

The organization said in its annual World Oil Outlook.”Without a technology breakthrough, battery electric vehicles are not expected to gain significant market share in the foreseeable future,”

Wait….A Tesla which can drive for over 480kms on a single charge, accelerate as fast as a Ferrari and require virtually no engine servicing in it’s whole lifetime is not a technology breakthrough. At evse.com.au we disagree.

According to it’s outlook 1% of global vehicle sales by 2040 will be Electric Cars!

OPEC highlights the lack of electric vehicle charging stations is the biggest concern. However they fail to mention wireless charging and especially every Gas station in the world can also have fast charging stations installed. We only need to look at California to understand how infrastructure is being built to accommodate Electric Cars.

What about the worlds largest oil market China, OPEC believes they will stay loyal to black crude but data coming from China shows another picture. Sometimes a picture is more powerful

With air quality being at such historically poor levels, the government having a high focus on electrifying the transportation fleet. Large government incentives have added 32,800 “alternate fuel” cars in September, which represents a 210% increase vs 2014. Polluted cities need a cleaner transport system and China’s relentles focus on becoming an economic powerhouse means it cannot shut down its factories. The solution is to use cleaner cars in it’s congested cities powered by electric car charging stations

It appears OPEC does not share the confidence that the world’s leading motor companies do.

Lets look at the Tesla Model 3

Tesla CEO Elon Musk said earlier this year the Model 3 will be priced at about $35,000 USD ($43,000 AUD), and be smaller than the Model S, and have a range of over 360kms per charge.  This car has the potential to make EVs mainstream across Australia and has a range that would make travelling across Sydney and Melbourne effortless. Most city travel in Australia averages just 40kms. Servicing this car requires no oil change and only a once a year maintenance check, and then imagine that recharging a car is up to 4 times cheaper than oil and can be done in the convenience of the home with a Tesla charging station.

EVSE Australia is the first EV Charging supplier to be accepted into the ACT Government Sustainable Household Scheme.

EVSE Australis is excited to announce that we are the first EV Charging supplier to be accepted on the ACT Governments Sustainable household scheme, which gives eligible ACT residents the ability to access zero-interest loans of between $2,000 to $15,000 to help with the upfront costs of investing in energy efficient home upgrades. The scheme […]
Read More