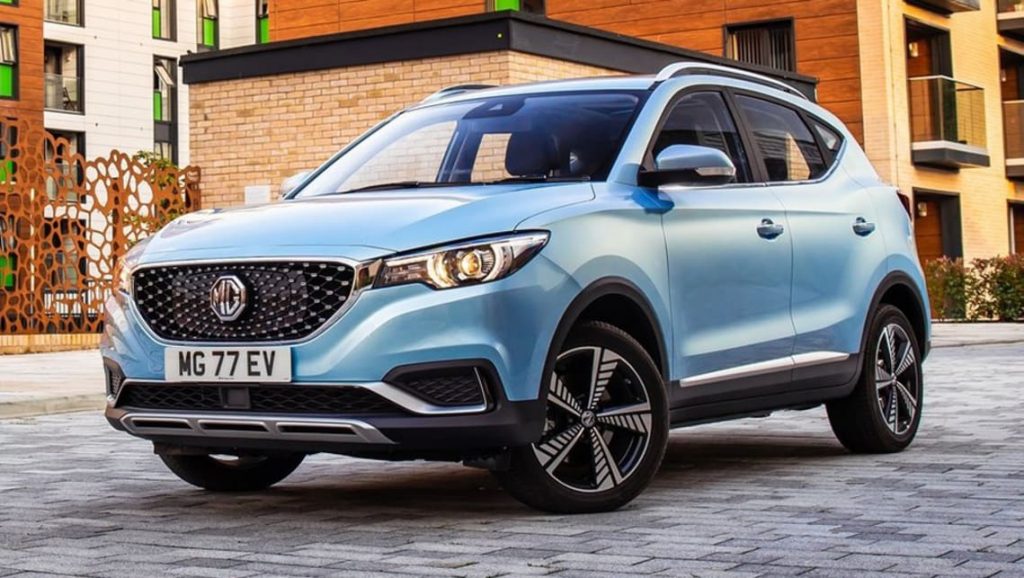 MG Motors has made a splash in the Australian Electric Vehicle market by releasing the first in a future line up of fully electrified vehicles. Australian drivers were so impressed with MG foray into the EV market that the entire limited initial release amount of 100 units was snapped up within a matter of months. The fact that the MG ZS EV came in at $46,990 drive-away, which is the lowest electric vehicle price of any other on the market, helped drive sales forward highlighting the appetite for well-priced electric vehicles is alive and well. A level 2 MG Charging station will provide a 7 hour 0-100% charge and is the recommended solution for most drivers.

The MG ZS EV is a small SUV, which fills the niche currently only being supported by the Hyundai Kona electric vehicle or the soon to be released Kia e-Niro. The MG ZS EV is largely identical from the outside as the standard MG ZS petrol car, with a 4314mm wheelbase, making it a similar size to a Hyundai Tucson. MG Australia have claimed the ZS EV will have a range of 262 kilometres, which makes it most suitable as a city runabout or a second family vehicle.

Under the floor the MG ZS EV is powered by a 105kW/353Nm electric motor which is connected to the front axle, and hooked up to a 44.5kWh liquid cooled lithium ion battery pack. Recharging can be done via a 7kW MG home charging station such as the EO Mini in seven hours from empty to full, or recharged up to 80% in 40 minutes using a 50kW DC Fast charger. MG ZS EV drivers should also invest in a MG charging cable in order to ensure they can make use of the fast growing network of mainly free AC Charging stations at shopping centres, hotels and council car parks. 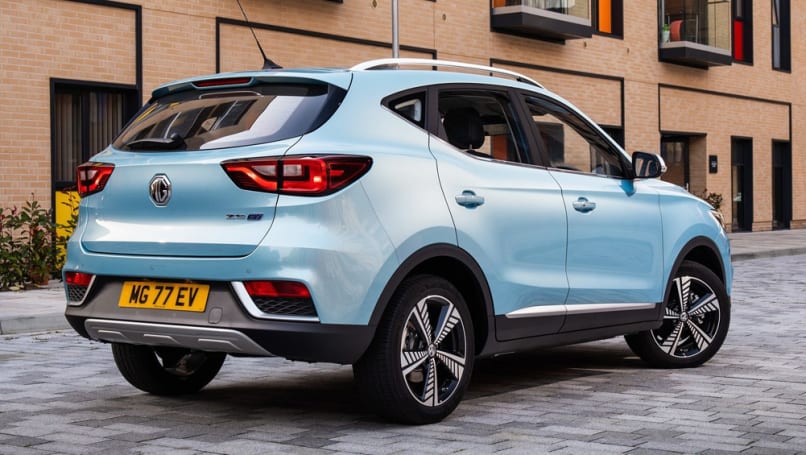 Inside you will find a large a simple dashboard design which comes with a touchscreen infotainment system, metal-effect air vent surrounds and uncluttered heating and ventilation controls, and everything’s laid out sensibly within easy reach. The MG ZS EV comes with Apple CarPlay and Android Auto smartphone mirroring as standard, so you can completely ignore the car’s built-in infotainment system and use your favourite navigation and music-streaming apps through the touchscreen. 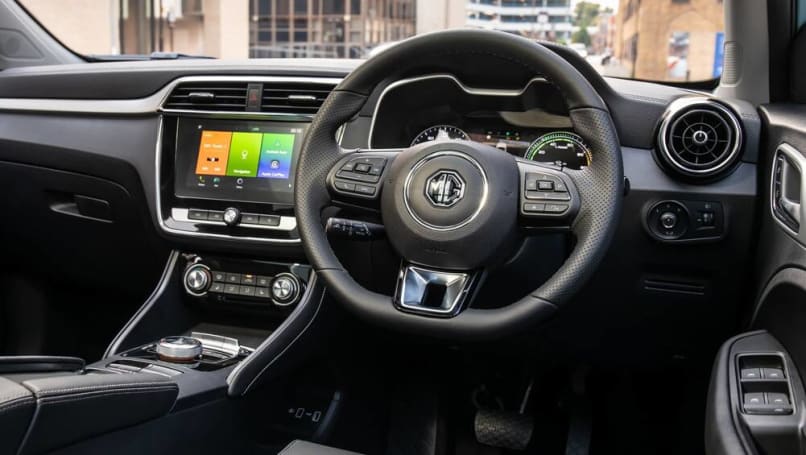 The closest rival to the MG ZS EV in the small SUV market is the Hyundai Kona, which comes with a significantly larger range of 450km but with a much higher price point of $60,470.  The Hyundai Kona has proved popular with Fleet buyers as well as individual drivers who found the value offered by this EV to be market leading.

The MG ZS EV is built on Chinese parent company SAIC’s electric drivetrain technology that also underpin its Roewe and LDV/Maxus electric vehicles. SAIC has a goal to electrify all its car models by 2025, and already has at least 5 electrified models available in China under its Roewe badge. Since relaunching the brand back in 2016, MG Motors has continued to grow its market share as it reinvigorates itself with the launch of several new models.

For more information on the MG ZS EV or for charging stations, cables and accessories get in touch with the EVSE Australia or click on our MG Car guide page.

Solar Smart Home EV Charging in Australia Australia is a world leader when it comes to Solar Photovoltaic (PV) systems with over 16.5% of the nation’s households sporting these shiny panels on their roof. Given our high energy prices and homeownership, combined with great year-round climate and government subsidies, Solar PV systems are fast becoming […]
Read More

Nissan Shows off the next generation Nissan Leaf All Electric Vehicle

In 2018 the all-new Nissan Leaf will be charging up at an Nissan Charger near your home or at work.Will the Nissan Leaf fend off competition from mid-range rivals Hyundai Ioniq & Tesla Model 3? Last month at an event in Tokyo, Nissan finally showed the world it’s much anticipated follow up to the original […]
Read More