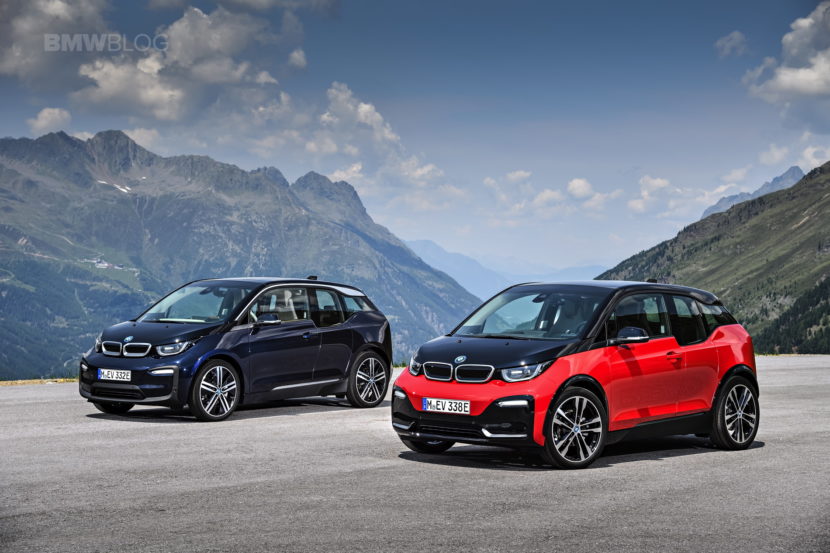 First Look: BMW i3 and i3S Charging at a home near you soon

One of EVSE’s all time favorite electric vehicles has just been updated, with BMW this week releasing information of its 2018 BMW i3 as well as the new version the BMW i3S. We are anticipating BMW’s launch of the new and always popular i3 and its sportier brother at the upcoming Frankfurt international motor show. The new BMW Charging speed will remain at 11 kW

What makes the BMW i3S sportier you ask? The 2018 BMW i3 will have a 170 hp motor, which accelerates 0-60 in 4.2 seconds; with the BMW i3S ups the game with a 184 hp motor and a 0-60km time of 3.4 seconds. According to official reports from BMW, the i3S has an updated drive system that includes modified motor control and specific taper roll bearings, to optimize power delivery and the performance curve at higher rpm. In addition sports suspension, anti roll bar and a “sports mode” enhance tighter steering characteristics, which accentuate the BMW i3S edge, representing an overall improvement of up to 40% over the previous BMW i3. A BMW charger can provide 60km of range per hour of charge.

The question on many peoples lips still remains, how long until we see an all-electric BMW 3 Series?

EV Public Charging in 2021: What the Experts Are Doing NOW

EVSE Australia shares their inside experience into the rapidly growing public electric vehicle charging marketA rapid charging station recharging a Tesla Model 3 and HyundaiEV charging has changed a lot since the humble beginnings of early EV models way back in the start of the 2010s. Back then, you’d be lucky to live in a […]
Read More

Will Electric Vehicles (EV’s) get made in Australia?

Adelaide to become the Electric Vehicle Manufacture and EV Charging Hub of Australia? Just last week we saw national headlines made as the U.K Billionaire Sanjeev Gupta, who saved the Whyalla steelworks from the abyss, announced an interest in purchasing some of the assets of the former Holden Manufacturing plant in Adelaide. If the deal […]
Read More