Powered by durable components, industry-leading warranties, and intelligent software, our EV charging stations are compatible with every electric vehicle, now and in the future.

Before purchasing EV equipment it’s important to choose e-mobility products that suit your electric cars charging requirements. EVSE supplies the highest quality Electric Car Chargers that are universal to all electric car manufacturers in Australia, including Tesla. You can recharge your electric car’s battery quickly and efficiently thanks to our comprehensive product range that will help you find a suitable charging station or portable charger for your needs. 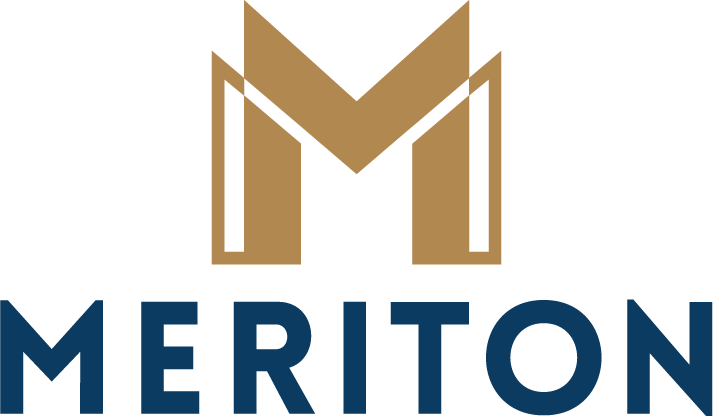 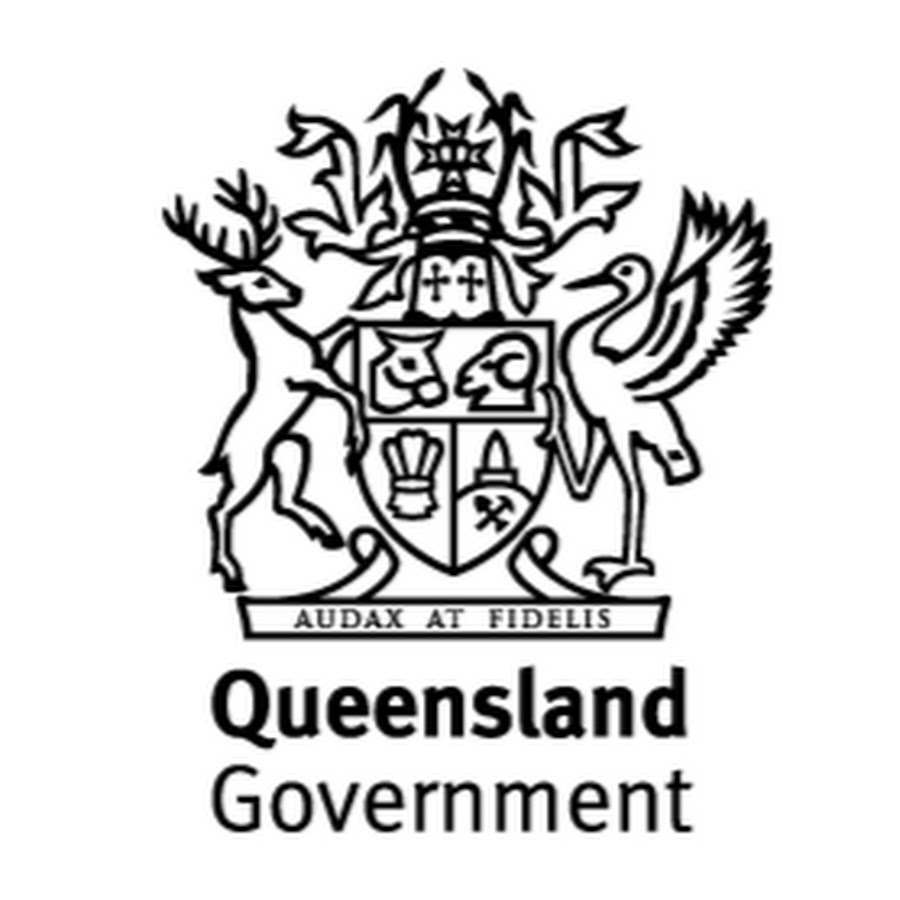 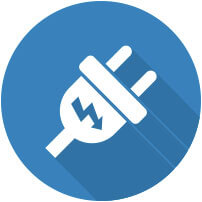 Charging your EV at home with a charging station or with a Portable EV Charger? Learn the difference! 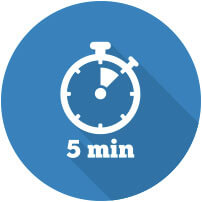 Charge your electric vehicle 3 to 10 times faster with a Level 2 charger – Get back on the road faster with EVSE. 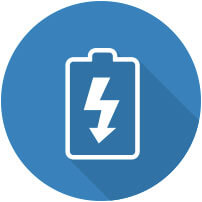 When buying an electric car it’s important to choose the right equipment to recharge and maintain your vehicle. EVSE has put together some important information to make your selection easier and to get you the right products. You can get lower-rated level 1 charging stations for a lower cost, but you may soon wish you could get a faster charger to maximise your vehicle’s potential and improve charging times. A level 2 charger rated at 30 Amps meets the daily needs of most customers. Unsure of what you need for your electric car? EVSE is available to answer any of your questions by email or phone or visit our products page to get an idea of what’s available. EVSE provides service equipment such as chargers and accessories for Tesla Model 3, Nissan Leaf, BMW i3, MG ZS, and many of Australia’s leading brands in the Electric Vehicle market. 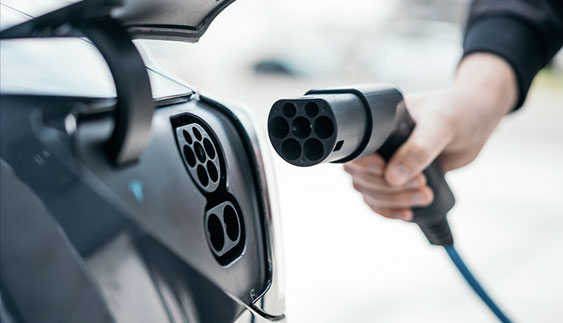 EVSE is the point of fuelling infrastructure that delivers a safe charge to a plug-in electric vehicle battery. It prevents injury to operators and protects the EV components from damage. The core element of EVSE systems is the charging station. Not all electric cars are built the same. EV charging speeds are determined by:

Currently, the Tesla Model S has a range of over 500 Kilometres on a single charge, making it the leading EV on the market. Electric cars are continually achieving improvements in range with research and developments. Currently in Australia, the Tesla Model S and Tesla Model 3 dominate in terms of driving range, but industry standards like the Nissan Leaf and BMW i3 and new players like the MG ZS EV are always catching up and pushing forward.

Before purchasing EV equipment it’s important to choose e-mobility products that suit your charging requirements. So if you’re at home and have only one EV, then choosing an EV station with a tethered cord (cable attached) might be preferred. However, if you’re using your EV charger for a public application then you may want to consider having a universal socket system. EVSE supplies Electric Vehicle Chargers that are universal or tethered and can be used by all leading car manufacturers. Finally, having a portable charger that’s usable in standard Australian domestic sockets will always help to have a quick top-up in an emergency.

For public applications, a universal socket EV charger is preferred as it allows EV users to bring their own cable to help charge their car. This prevents wear and tear of the infrastructure and makes it available to all EVs on the road. Europe has seen a massive movement towards this form of public EV charging. 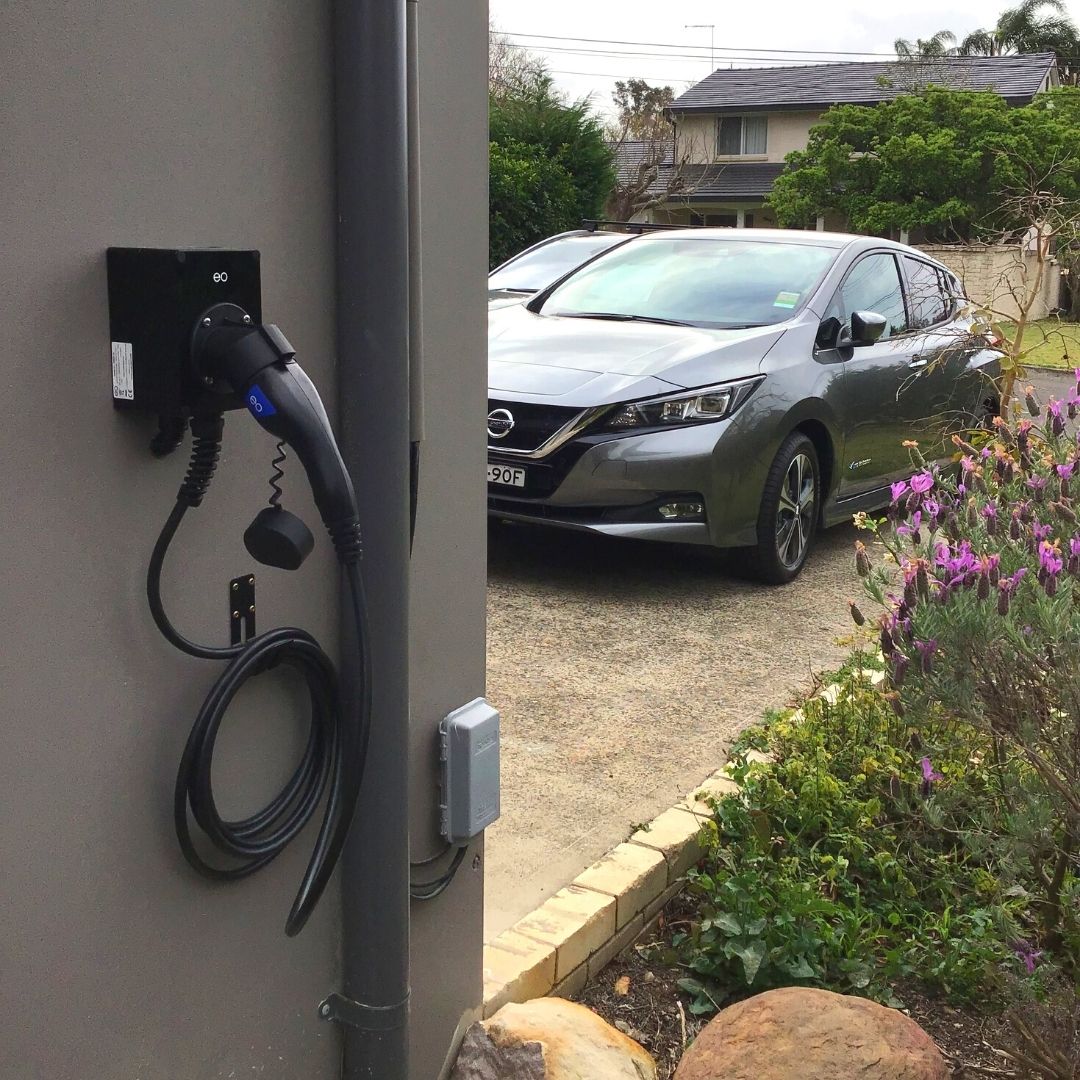 How Fast do Electric Cars Charge in Australia?

Charging times vary by the type of Charging Station, home wiring standards across different parts of Australia, and the vehicle’s onboard charger. These charge times are approximate and reflect the voltage and amplitude indicated.

The Difference between Level 1, Level 2, and Level 3 Charging Stations

This is best suited for smaller battery sizes such as those in PHEVs (Petrol-hybrid electric vehicles) or when a longer charging time is available. Level 1 charging at work can also be a supplement for people driving over 40 km per day, or even a substitute for those who can’t charge at home (because they don’t have a garage or fixed parking place, for example). EVSE recommends only choosing this charger if you drive under 4000 km a week. This is often the charger supplied by car manufacturers. EVSE also sells portable chargers to help meet your requirements. Click here for Level 1 Chargers. 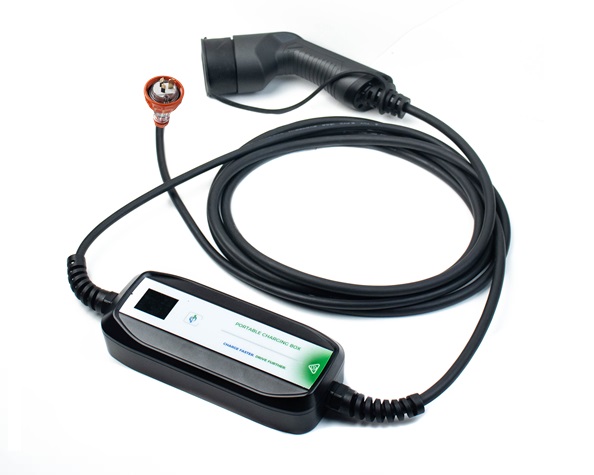 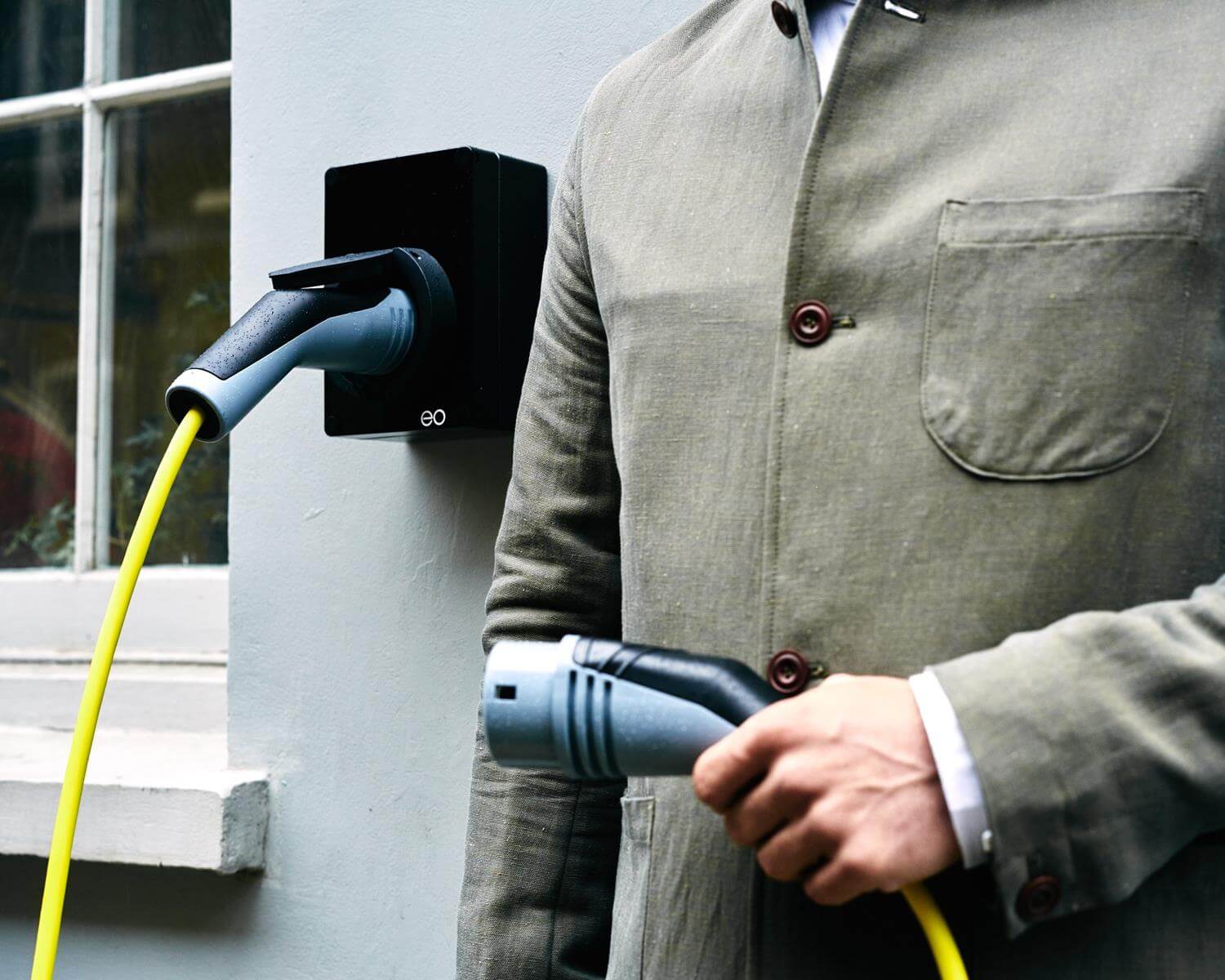 The EV is connected utilising an upgraded socket and plug with more robust charging equipment that exceeds standard household energy requirements. This is the most common home and public charging level. Level 2 allows for a wide range of charging speeds, all the way up to 22 kilowatts (KW), or about 140km range per hour of charging. Level 2 charging is classified as charging between 240-415V with an Amp level of 16-32A. It’s important to use quality EV charging stations due to the heat produced, the load required, and Australian standards.

All manufacturers recommend that you install a level 2 charging station at home. Level 2 EVSE charging equipment costs more to upgrade than utilizing a standard portable EV charger that can use the Australian 10A sockets. However, the benefits include significantly faster EV charging times and improved safety due to dedicated and upgraded wiring. EVSE recommends this charger for home installations and for business charging. Click here for Level 2 Fast EV Chargers.

DC Level 3 requires significant panel and service upgrades and consequently is the most expensive to deploy. Nowadays DC Chargers are popping up as infrastructure across cities much like petrol stations to provide convenience and efficiency for commuters.

Typically 70 km of range for every 10 minutes of charging. These stations require more power than your house, so it’s probably a little more than what you’ll need for your daily commute. EVSE recommends this charger for petrol station operators, motorways, street-side charging, fleet vehicles, and commercial users. Charge stations range in price from as much as $25,000 for a stand-alone (not networked with other stations) and go up to over $60,000 for a smart, networked charge station. 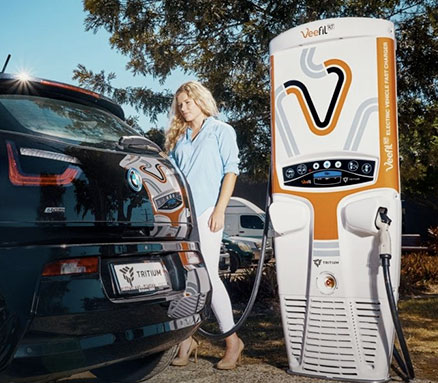 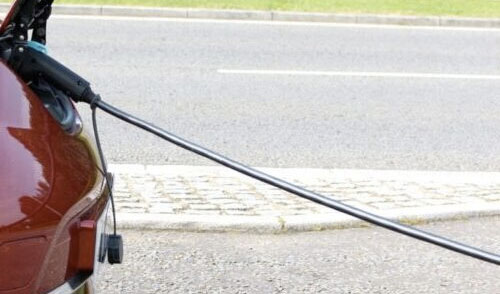 What Length of Charging Cable for an Electric Car

Choosing the right EV cable length is important. EVSE is Australia’s leading supplier of portable charging cables. We recommend cables ranging from 5 meters in length for convenience and mobility. Importantly, more and more EV charging stations are being fitted with universal socket systems in Australia which means having an EV Charging Cable is ideal for effective EV charging. Our range of EV charging cables can be supplied in 5m, 7m, and 10m lengths.

How much does it Cost to Charge an Electric Car?

Powering your EV with solar power is already possible with the technology available to not only utilise the energy but to meter and time the user to maximise efficiency. Battery electricity can also be used to reduce the cost of EV charging. With the comparison based on Australian prices, EVs are about 4x cheaper to operate per kilometer! 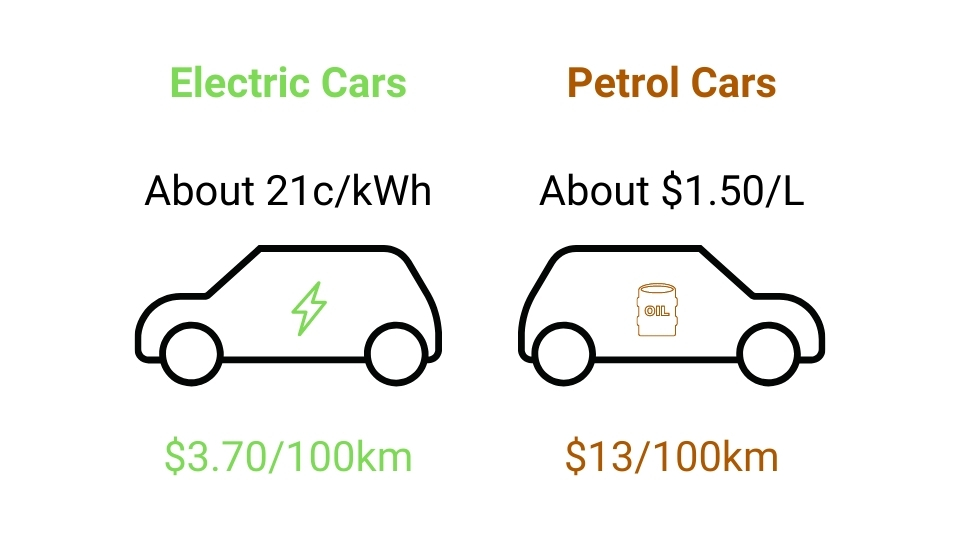 EV batteries – are they Recyclable?

Modern electric vehicles use lithium-ion batteries due to their higher energy density and low discharge rates. They also can be recharged for thousands of cycles, giving them a considerable lifespan. Lithium batteries are recognized as being non-hazardous to the environment, as they are also fully recyclable. Constantly updating technology also has batteries lasting longer. A good way to visualise this is by thinking of the evolution of batteries in cell phones to understand the full potential of this technology.

Are Electric Vehicles just switching from Oil to Coal?

Electric Cars can operate using electricity generated through renewable energy. Australia’s energy mix has improved with Solar and Wind Energy becoming more prevalent. With time and investment, this energy will hopefully power the majority of our energy needs.

Currently, Australia sources energy from both renewable and fossil fuels. According to the latest data, about 79% of Australia’s electricity generation comes from non-renewables (coal, gas), and the remaining 21% comes from renewables (solar, wind, hydro).

Up to 80% of the energy in the battery is transferred directly to power the car, compared with only 14-26% of the energy from gasoline-powered vehicles.

What’s different about an EV Charger?

PP: Proximity Pilot. This makes sure you’re plugged in all the way 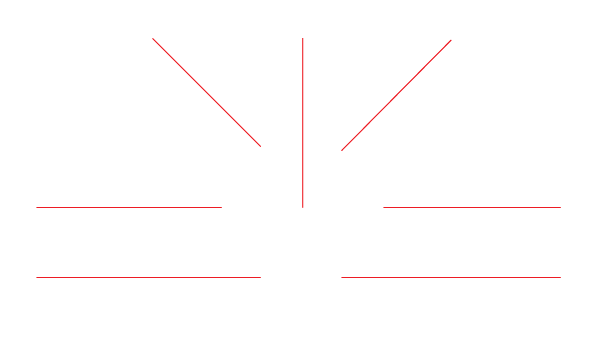 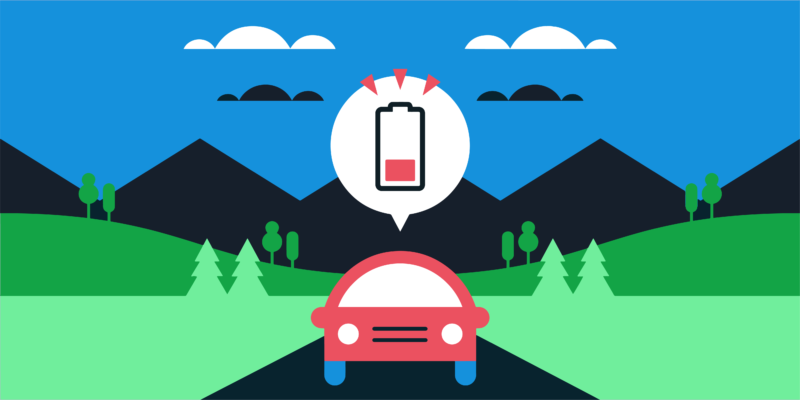 What is Range Anxiety?

Range anxiety is a term when used people are worried about the range their EV vehicle can travel in a day. That’s because charging stations outside their homes are not nearly as available as petrol stations, at far as they know. According to the Australian Bureau of Statistics, the average Australian drives about 38 km daily. If you had a level 2 charger at home this would be recharged in around 1-2 hours at very little cost.

As EV Charging experts, we’ve found convenience is the most effective way of reducing EV charging anxiety. If we take Europe as an example – most EV drivers recharge their EV at home overnight. They then utilize a public charging station available at many workplaces and businesses. Considering you park your car at home or in the office, a constant supply of electricity should be available. 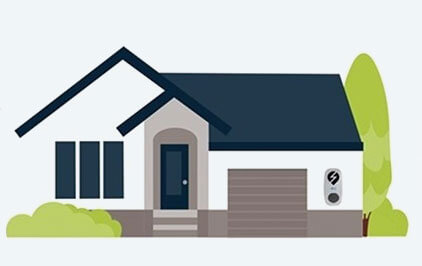