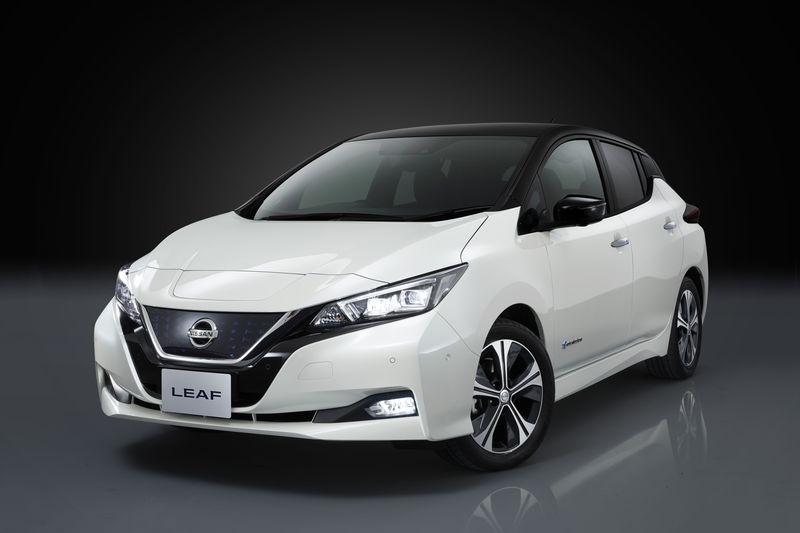 Nissan Shows off the next generation Nissan Leaf All Electric Vehicle

In 2018 the all-new Nissan Leaf will be charging up at an Nissan Charger near your home or at work.Will the Nissan Leaf fend off competition from mid-range rivals Hyundai Ioniq & Tesla Model 3?

Last month at an event in Tokyo, Nissan finally showed the world it’s much anticipated follow up to the original smash hit Nissan Leaf. Rather than go after the Tesla Model 3 Market, the Nissan Leaf is instead going after the entire compact car market with its bigger, stronger and more powerful offering. The second generation Nissan Leaf has been upgraded in every way, including a larger battery pack and more powerful electric motor allowing the Nissan Leaf to offer greater performance and range than the older Nissan Leaf. a Nissan charger provides 40km range per hour of charge.

In addition to this, the car has been styled in a modern and appealing way to all potential customers, a flaw found in the original Nissan Leaf which just looked dull and boring. Thanks to a new 40kW lithium-ion battery, the second generation Nissan Leaf can travel up to 400km on a single charge, which is a significant boost from the 170km range of the first generation Nissan Leaf. Nissan charging will also allow V2G and V2H features in beta trials with Chademo DC plugs.

The new Nissan Leaf is also jam-packed full of technological goodies including autonomous driving functionality and parking system is known as “ProPilot” which also includes a wider safety suite combining autonomous emergency braking, lane departure warning, traffic light recognition, and emergency assistance if you hit the wrong pedal. Whilst on the topic of the pedals, The accelerator or ‘e-pedal’ as it has been re-named by Nissan, is capable of slowing and even stopping the car without the need to touch the brake pedal, and a relatively common sight in most electric vehicles such a Tesla Model 3 and The Chevy Bolt.

The New Nissan Leaf has added an extension on the back and comes out slightly longer overall, which when incorporated with the new styling, makes the New Nissan leaf a far sleeker and sportier option for new and existing electric vehicle owners. Evse.com.au expect to see the New Nissan Leaf charging along Australian roads in late 2018, and although no official announcement has been made we estimate a price tag of around the $50,000 mark, which given the range and standard features is a really good deal. Call the team at EVSE for all your Nissan leaf charging requirements and accessories

Who is Keba? Hailing from Linz, Austria, Electromobility has been firmly established in the range of services by Keba since 2009. As an automation expert, we are using our expertise for this relativey new business area in order to develop innovative approaches and bring them to market. Keba is now among the top 3 manufacturers of […]
Read More

Effortless torque makes the Model S very tame to drive, until the user stomps on the accelerator pedal. Then it’s a rabid thing of voiceless fury. Thirteen categories; 12 outstanding cars…. But there is only one carsales Car of the Year – and the 2015 Carsales Car of the Year is the Tesla Model S. […]
Read More