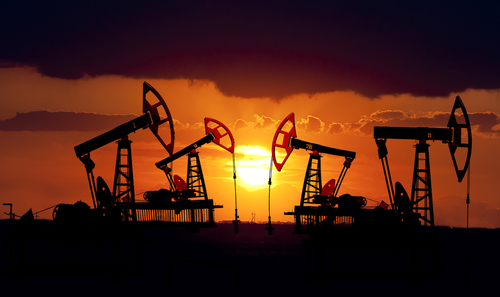 Is the sun finally beginning to set on fossil fuels with electric car chargers replacing oil?

The global oil price has collapsed to all time lows at around $36 per barrell at time of writing. Booms and busts are part and parcel of a normal commodity cycle which in nature is cyclical, moving with the increases and decreaes in world economic growth. But many are now questioning whether this new bust is representative of a structural shift in global energy?

A recent news article quoted a multinational Oil executive who was concerned that unlike with other declines that oil may not bounce with much vigour this time around. What worries hydrocarbon producers isn’t just the surge in production meeting lack-lustre demand thanks to slower global economic growth – it’s the way renewables are becoming cheaper as the technology rapidly improves, chasing oil, gas and coal prices down.

It becomes harder to believe coal and oil prices will bounce much out of this cyclical low simply because the falling price of renewables will effectively cap the upside. Interestingly petrol prices have not dropped as much as you would think, currently sitting at $1.35c per litre in Sydney, which begs the question of longer term affordability for consumers.

This will help the electric vehicle industry in Australia as we get a shift in thinking from governments and community groups. The uptake of electric vehicles in Australia has only just begun, and still represents a niche market although we envision a tipping point occurring in the medium term. This will be pushed along as large carmakers such as VW and Ford shift focus from dirty diesel engines to investing in electric car technology. They join the likes of Nissan, Tesla, Mitsubishi and BMW who have already heavily invested into the space are are currently selling electric vehicles into the Australian market. When more mass-produced electric cars come into the market, we will see a decrease in the cost of the car, and dramatic improvements in batteries and charging technologies making electric vehicles a no brainer. You can buy a Tesla and then install a Tesla charger at home. Thereby never needing to visit a petrol station again.

At present most people charge their electric vehicle (Nissan Leaf, Tesla Model S, BMW i3) at home using a portable charging cords (level 1) or level 2 chargers (ie Tesla wall charging station) as well as using the ever growing public charging networks which consist of level 2 and fast chargers (BYD). We anticipate the battery technology improving significantly over the next 5-10 years resulting in more range, and faster charge as well as widespread access and availability of public charging stations. When these electric car charging options for Australian electric vehicle drivers in our capital cities (Sydney, Melbourne, Brisbane, Perth, Adelaide, Canberra, Hobart) and regional centres have access to clean power (solar,wind, nuclear), then this will finally signal a massive step forward toward a more sustainable future.

For more information on your electric vehicle charging needs Australia wide speak to the team at EVE Australia who specialise in Tesla Charging Accessories across Australia, www.evse.com.au.

Jaguar Land Rover (JLR) introduced their brand new Modular Longitudinal Architecture (MLA) platform a while back. The idea of this platform is to accommodate for 3 different drivetrains; pure electric, plug-in hybrid, and mild-hybrid while retaining the same chassis. Such flexible architecture is more cost effective in the long run compared to building a sperate […]
Read More