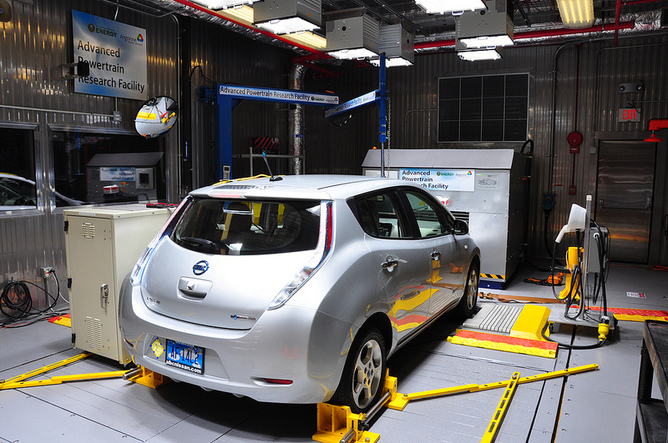 Fast charging stations and battery swap stations are often proposed as being necessary infrastructure for electric cars. But do we need to wait for this infrastructure before we swap our petrol and diesel cars for the latest electric models? Aren’t electric cars just shifting emissions from exhaust pipes to power stations?

Electric cars do not have anything like the range of conventional cars, some of which will go “more than 1000 km on a tank” (though this claim often says as much about the size of the tank as it does about the efficiency of the car). My petrol car warns me that it is empty when it has 100 km range remaining; this is almost as much as the “full” range of some electric cars.

In advertising, cars are depicted cruising at high speed along endless outback highways, or climbing rugged mountain tracks through rainforests, then speeding along a beach at sunset. The reality is much less glamorous. Almost all Australians live in cities, and our cars travel short distances in traffic. In Sydney, fewer than 10% of cars travel more than 100 km per day. The median distance travelled each day is less than 35 kilometres. In the other capital cities, fewer than 5% of cars travel more than 100 kilometres per day.

There are three important reasons why home charging will be dominant:

The UK Government’s strategy for electric car charging is:

Cars that rarely travel more than 100–150 km per day could be replaced with an electric car that is more suited to commuting in a city, and much more efficient than a car capable of towing a caravan across the country.

The remaining question is whether electric cars are any better for the environment than conventional cars. The CO2 emissions from an electric vehicle occur at the power station when the car is recharged, and depend on how the electricity is generated. The diagram below shows well-to-wheel emissions for various cars in various locations.

But electric cars driven moderate distances during the day need only a few hours of charging, and will usually have all night to charge. If charging can be delayed or controlled, then we can start to make more efficient use of our electricity distribution system and, with tariff incentives, reduce our electricity costs. Greater control of the electrical load will also enable greater use of variable renewable energy resources.

If you rarely travel more than 100 km per day, and have somewhere to charge at home, you do not need to wait for public charging infrastructure. And if you buy GreenPower (which is significantly cheaper than petrol or diesel), an electric car can provide you with emission-free motoring. Along with better-designed cities, improved public transport and low-energy mobility (walking, cycling and low-mass vehicles), electric cars can play an important role in reducing transport emissions.

The average new car sold in 2010 had well-to-wheel CO2 emissions, with a standard drive cycle, of 229 grams/km (the unit of measurement of carbon dioxide emissions from vehicles). The best of the conventional petrol, diesel and hybrid cars had emissions of 95–115 g/km, but very few of us buy cars this efficient.

As with conventional cars, the emissions from an electric car will vary with the size and efficiency of the car. But there is also a large variation with how the electricity is generated. For a Nissan Leaf, the CO2 emissions vary from 240 g/km in Victoria, which burns brown coal to generate electricity, down to 61 g/km in Tasmania, which uses mainly hydroelectricity. The smaller Mitsubishi i-MiEV has emissions of 47–185 g/km, depending on where it is charged.

But electric cars can have zero well-to-wheel emissions, if the electricity is generated from renewable resources. In buying GreenPower, your electricity retailer is obliged to source electricity equivalent to your usage from accredited renewable sources. The cost of electricity and the additional cost for GreenPower varies throughout Australia, but is typically around 5 cents per kilometre. This is significantly less than the cost of fuel for a comparable petrol or diesel car. With off-peak charging tariffs, the cost of running a electric car can be much less.

If we were to replace all passenger cars in Australian capital cities with electric cars, we would need to generate about 11% more electricity for Brisbane, Sydney, Canberra, Melbourne, Hobart and Adelaide. (Perth and Darwin have separate electricity systems.) However, if everybody plugs in their electric car and starts charging when they get home, the increased use of electricity during the evening peak will cause problems in your home, in your street, or in your suburb.

Optus is embracing the energy transition in Australia, having installed 10 Ocular IQ Wallbox units to make it easier for its employees to drive electric cars, thereby reducing carbon emissions. Optus introduces workplace charging for its employees Optus is the second largest provider of telecommunication services in Australia who has deeply embedded their vision for […]
Read More

The car named “FFZERO1”, is a race car that boasts more than 1,000 horsepower and can go from zero to 60 in under 3 seconds. It features four motors, one at each wheel, and can reach a top speed of 321km/ per hour.One of the really neat innovations with this car is that it is […]
Read More